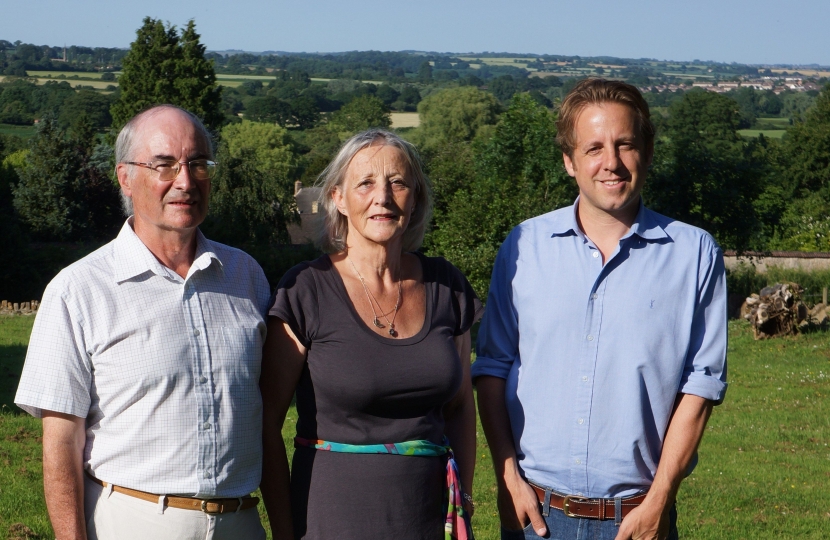 Local Conservatives are shocked that South Somerset District Council is giving back £13 million to Barratt Homes that was meant to benefit the people of Yeovil and part of a legally binding contract.

As part of their planning application to build homes on Lyde Road, Barratt Homes agreed to pay £13 million towards improving the local area but at a recent meeting, Lib Dem councillors agreed they didn’t have to pay the money anymore – depriving local people of the enormous benefits the money would have provided.

This money is the equivalent of £325 for every man woman and child in Yeovil, the equivalent of an entire years rates for some families and could have been used to provide enormous benefits for the people of Yeovil.

Local councillors Marcus Fysh, Gina Seaton and Nigel Gage voted that this money should have been paid, however inexplicably the Liberal Democrats voted for Barratt Homes to be allowed not to pay the money they had agreed to pay. Even more surprising is that, although developers can ask for some agreed monies to be cancelled in cases of extreme hardship no figures were provided at the meeting so the vote was taken blind, without the facts being presented to councillors.

At a recent meeting of Area East on Wednesday 14th August Yarlington Homes have applied for much lesser amounts to be cancelled from developments that they had agreed to pay. Conservative councillors said they could make no decision without the facts being presented and deferred a decision until the facts are presented. South Somerset District Council said the figures could be sensitive but councillors demanded the figures so that they can judge what they are being asked to vote on responsibly. Conservatives said “If the figures are sensitive the case can be heard in closed session if necessary.”

Nick Colbert, deputy Leader of the Conservative Group said; “It is hard to imagine what the Liberal Democrats were thinking, with such a huge sum of money that could have provided massive benefits to the people of Yeovil, how could they just allow Barratt Homes to be absolved from paying a legally agreed sum such as this. The public need clarity as to how decisions like this are taken, there is too much scope for incompetence or corruption.”

Barratt Homes share price was 48p at 1st January 2009 today it stands at £3.14 they are a very successful company and now due to the Liberal Democrats decision they are £13 million richer and the residents of Yeovil £13 million poorer.