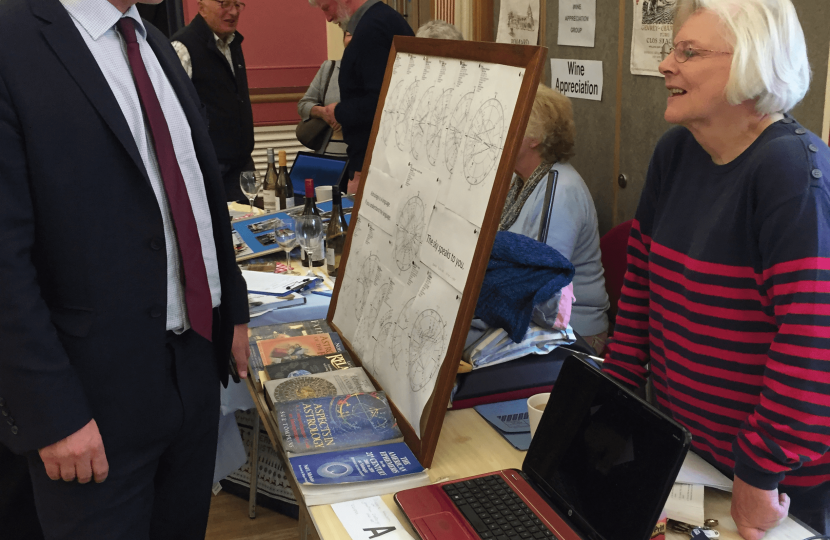 On Friday 4th September Marcus Fysh MP visited the U3A which was held in Chard Guildhall. The Open Day was the an opportunity for Marcus to meet the passionate members of U3A and be given a first hand explanation of exactly what U3A are all about. Ken Burrows, Chairman, explained U3A were celebrating their twentieth anniversary year and taking part in the national drive to make more people aware, "We are a registered charity that facilitates shared learning for people in retirement. We have grown quite fast nationally and locally, but still there are many people who would qualify for membership but either do not know about us, or do not really understand what we do".

Marcus was impressed with the drive and commitment of the members showing their own skills on the day, "The voluntary work that U3A are doing is incredible to offer support and eduction to other people in a similar situation - it undoubtedly stops loneliness and keeps minds active. I have seen learning groups today around art, rambling, natural history, science, languages, badminton to name but a few. Perhaps the most interesting was to be told by Margaret Hewson that the Election results were written in the stars!"